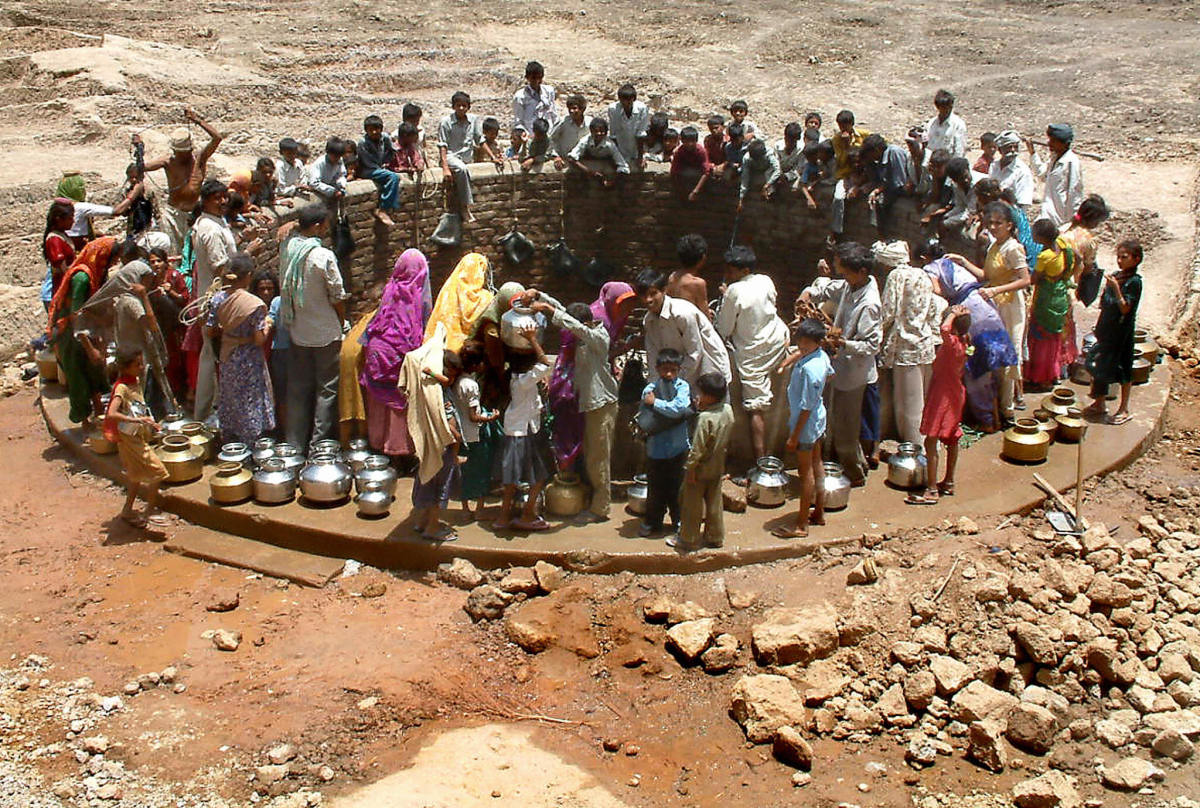 Water is the basis of life in Planet

Water is the integral element of life. Without water we cannot imagine the life. The law of nature in Earth is governed by water. We know that 70% of world is covered with water, but only about 2.5% of available water resources are fresh and usable water.

More than two-thirds of the planet’s freshwater is frozen in glaciers in places like the Antarctic and Greenland ice sheets. Only one third of fresh water sources are accessible to us. This accessible water is available in air as vapour, in river and lakes as sources, in soil as moisture, in the plants & in the bodies of Human beings and other living beings as life. Groundwater provides a critical reservoir that can be tapped for agricultural, industrial, and environmental uses as well as for drinking water supply. Groundwater provides an estimated 30 to 40 percent of all Earth’s drinking water.

When the formation of Earth was taking place then the entire water in Earth was salty. In millions of years of continuous process of rain and vaporisation, some of thee water was desalinated.  Then the life started to begun in the sweet water. Most of the planet’s groundwater resources were created during ancient climates and are considered non-renewable water sources.

Just a minuscule percentage of Earth’s water is in the form of surface freshwater—even though most people get their daily drinking water from rivers, wells, or lakes. 68.7% of the fresh water on Earth is trapped in glaciers.

At any given time only about 0.001 percent of Earth’s water is in the form of vapour—a surprisingly small part given its crucial role in weather. However, this water recycles many times per year between the earth's surface and the atmosphere, a process that we experience as rain or snow.